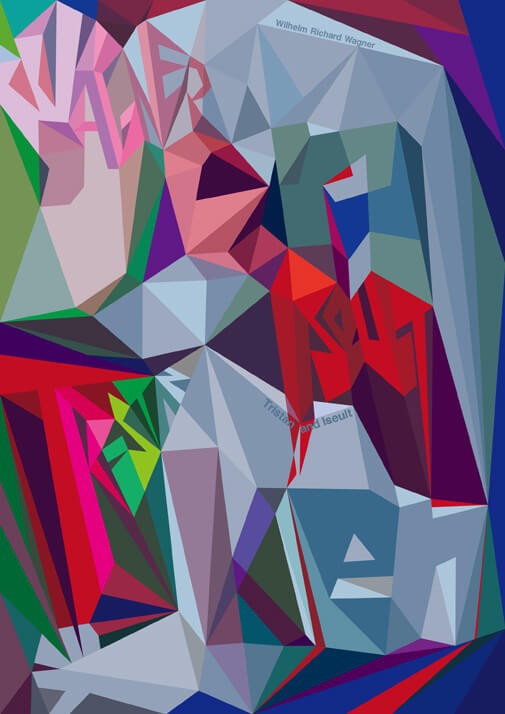 Client : 200th Anniversary Verdi and Wagner(2014)
Denken = Think. The cornish knight Tristran thinks, worry, and conflict at the stage ‘Tristan and Iseult’ by Richard Wagner.
In this poster, the geometry forms such as the sharp ice symbolizes the state that grew tense. It is also the figure that Wagner himself thinks and conflicts.

back to all posters