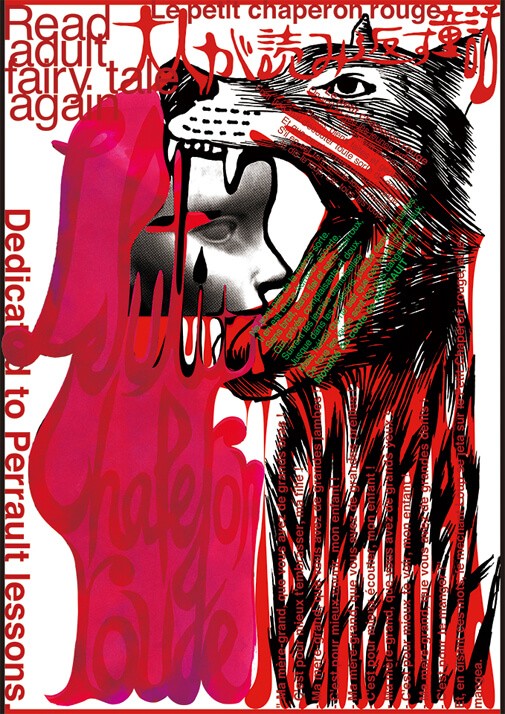 Client : Read adult fairy tale again
Dedicated to Perrault’s lesson. In this project, I tried to express the entirety of a story in the form of one poster.
Neo 60’s Japanese underground small theatrical company poster style.

This work is a work that grasps and expresses, the moment the wolf is trying to eat Little Red Riding Hood. The vivid contrast of red and black is a symbol of the story. The handwriting lines are from an innocence of fairy tales. But Charles Perrault’s tales have a brutality. I arranged his words lengthwise as a typography, as like dripping blood.

go to all posters